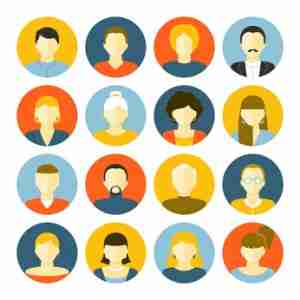 Think people your age manage their finances better or worse than the younger and/or older generation? Find out. Experian breaks it down by average credit and debt, all relative to average income. How does your generation stack up?

Breaking It Down by the Generations

Though they have the highest average income, that’s not translating into a superior financial situation. In fact, Generation X has the highest average debt, even when excluding mortgages. They also have the highest bankcard balances. And though they’re a close second to Millennials when it comes to bankcard utilization, they’re still at a whopping 41 percent (the ideal being no more than 30). Their average credit score is nothing to write home about either, at 650.

Since they’ve had less time to build their credit history, it’s no real surprise that Millennials log the lowest average credit scores. But while Millennials as a whole reportedly prefer cash to credit cards, those who do you use credit cards use them a lot, with a whopping 43 percent utilization. Yes, their total bankcard balances are the lowest among the generations, but they’ve also had less time to build up higher limits.

As one would hope for the generations that have been around the longest, Baby Boomers and the Greatest Generation seem to be in the best credit shape of them all. Though their average incomes are less than Millennials, at $46,340, Baby Boomers and the Greatest Generation have the highest credit scores, lowest average debt excluding mortgages, and lowest bankcard utilization ratio.

Where Do You Stand?

How does your financial situation compare to others in your generation? If you’d like to do better, get tips on paying off credit card debt, paying off your mortgage early, and building your credit score.