Do Women Have More Debt Than Men?

Back in 1992, a quirky book entitled “Men Are From Mars, Women Are From Venus” became a hit and it could not have been more spot-on when it comes to the differences between men and women. Not only do the sexes differ when it comes to relationships but they also view money differently. Men and women have different ideas when it comes to handling debt as well as spending and saving money. In a recent survey by a consumer credit counseling service, it is estimated that there are more women in debt counseling but men have more trouble repaying what they owe. It was found 6 out of 10 defaults on payments were done by men.

Even though men and women manage money matters differently, it is important when in a relationship to know that these differences may cause conflicts down the road. To keep a relationship healthy, it is a good idea to help one another and work together as a team. If you are single, then here is your chance to realize your shortcomings and get your financial matters under control – especially your debt.

How the Different Sexes View Debt

Women, in general, tend to be more optimistic with respect to their financial situation. In a poll done by Citigroup of women over the age of 40, a whopping 82 percent believed their financial situation was on the upswing. Was this due to women being “out to lunch” on the seriousness of their predicament? According to Lisa Caputo, CEO of Citibank’s Women & Co. business, “When people are optimistic, it’s because they’ve taken the steps to make sure that their own personal financial situation feels good to them.” Women are more likely to seek out help via credit counseling or using a credit repair company to get them out of debt.

Men, on the other hand, were found to be more likely to default on payments which could be a result of rising unemployment or a decrease in income. Even though, 65 percent of men earn more than women. It is also a known fact that more women than men will seek out professional help when dealing with debt so it seems a man’s ego tends to get in the way of him getting the help he may need to get out of debt.

When making efforts to deal with credit card debt, women seem to have more difficulties than men. There are a number of factors found to contribute to this:

Besides those statistics given above, another reason women may have more debt than men is pure math – men make more money than women. Study after study clearly shows there is still a wide gap between the salaries men and women earn. There may be legislation in some states to prohibit this practice but it still does happen. Also, if a woman has to take care of children and work, she really has two jobs, and one of them she does not get paid for.

What Can Women Do To Get Out Of Debt

Since we all know that women like to shop, I would strongly suggest you stay away from the mall. Going shopping only tempts you into making purchases you really don’t need to make. You will be tempted to put those purchases on your already so-close-to-the limit credit card which is really not helping to pay down your debt.

Another suggestion would be to make a list of the monthly expenses that are truly necessary, such as gas for your car, food, utilities, rent/mortgage payment, car payment, and insurance. With any money from your monthly salary that you have left over after paying for these necessities, put that money toward paying off the balance on your credit cards. You will be amazed at how quickly you will be able to pay these cards off.

Seek out professional credit counseling if you feel you cannot go it alone. There is no shame with seeking out moral and expert support from this kind of organization and it just may the thing you need to get you back on your feet.

Just because you are a woman, does not mean you have to have more debt. If you work hard at saving money and not spending frivolously, you will be able to get out of debt in no time at all. 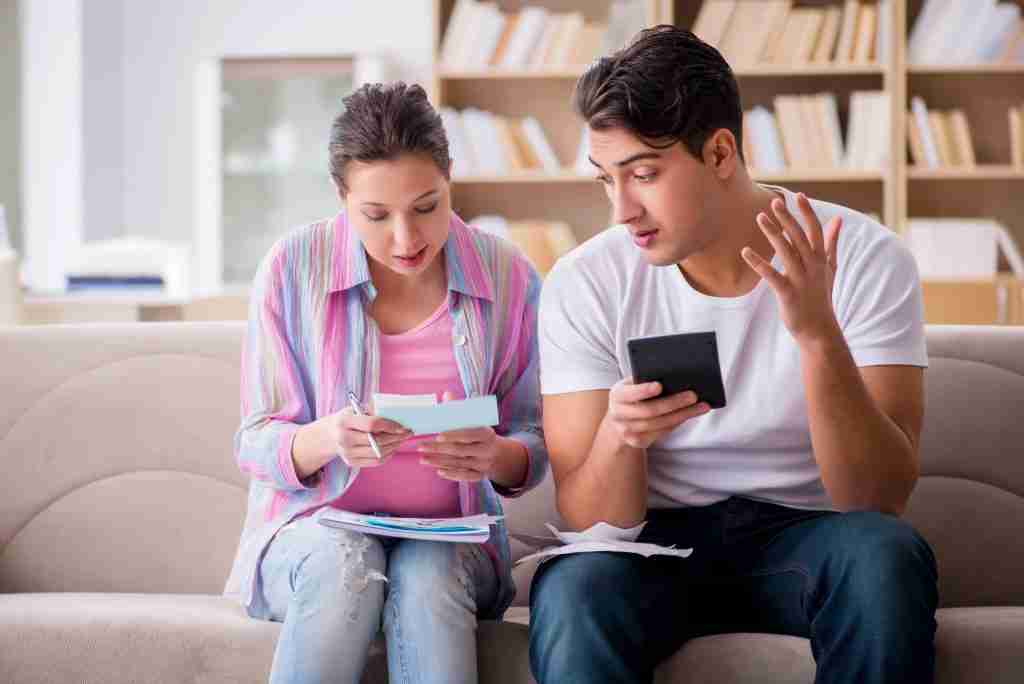