Over the last few years, we have been hearing more and more stories about how sensitive information is being stolen from department store computers. Two big stories that come to mind are Target and Neiman Marcus where hackers made off with tens of millions of pieces of customer information including credit card numbers, expiration dates, and the like. All of this information can be used by hackers to make duplicate credit cards and sell them on the black market. An unsuspecting person would not even know about the I.D. theft until either they were called by their bank or they pulled their credit report to find unauthorized credit accounts opened in their name. When these two things happen, it is too late and the damage has been done. You need to arm yourself with information and become proactive in the fight against identity theft so you do not become the next victim.

According to a recent article in The Wall Street Journal, criminals are stealing card data from U.S. automated teller machines at the highest rate in two decades, preying on ATMs while merchants crackdown on fraud at checkout. FICO data reveals that debit card theft at ATMs on bank property soared 174 percent from Jan. 1 to April 9, compared with the same time period in 2014. Successful debit card information theft at nonbank ATMs jumped by 317 percent. “These tremendous spikes in fraud are unprecedented,” John Buzzard, manager of FICO’s card-alert service.

How Do Thieves Steal Debit Card Data in the First Place

You can find an ATM just about anywhere – at your bank, in the mall at a kiosk, or at moveable stations at outdoor events. Having all of these ATMs does make it easy for us to get at our money, but it also makes it easier for someone to eavesdrop on your debit card information when no one is looking.

It seems the main way is the use of devices to fraudulently “skim” data from ATM cards so crooks can drain your bank account. Skimmers have evolved, and the new devices are so small and thin, they’re pretty easy to miss. The new skimmers sit within the throat of the ATM card reading slot, making them difficult to detect. The skimmers are used in conjunction with hidden cameras, which record consumers’ personal identification numbers as they type them in.

This type of hacking device is very easy to use at ATMs that are not located at a banking location. Which is why, it is always smart to use only ATMs that are located in or around a bank where security is much tighter, than the random ATM found at a golfing event.

How to Avoid Having Your Debit Card Data Stolen

The first tip is, as we stated above, to use ATMs located in or around banks. These machines have better security cameras around and if you are going inside to use the ATM, chances are there is a security guard around. This added security deters the would-be thieves from installing a skimmer into the machine. It also deters someone from standing too close behind you and using a handheld type of skimming device.

Secondly, we suggest when you do use any type of card reader or ATM, make sure to use your hand to cover the keypad. That way no one standing behind you can look at the PIN you are entering. Thieves have been known to watch a person type in their PIN and then follow them outside to steal their purse or wallet. Having this PIN enables the thief to empty out your account before you can place a hold on it.

Unfortunately, with identity theft on the rise and more high-tech devices being used to steal your information, being well informed is the best way to not become a victim. Also, be careful about where you do your banking and always look around you when going to an ATM, especially if it is an area you are not familiar with. Taking these extra precautions will help keep your private information, private, and keep your finances safe. 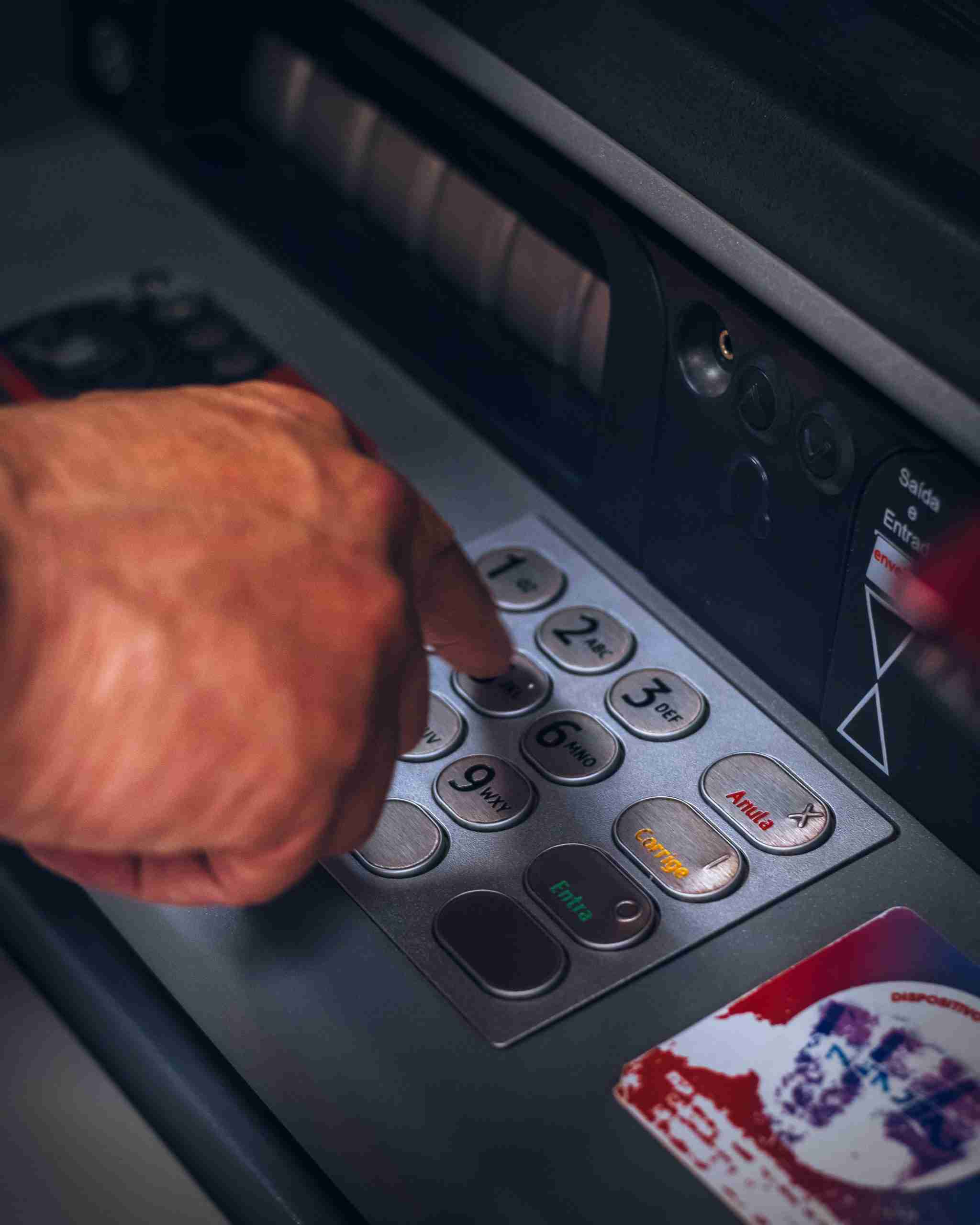