What Is Debt Settlement and Is It Right for You?

According to the Federal Reserve, consumer debt in the U.S. stands at a record high of $4.3 trillion. That number includes debts such as mortgages, auto loans, school loans, and credit card debt.

Being in a lot of debt can feel like a crushing burden, particularly if you’re struggling to find employment or your job simply doesn’t pay enough to help you make ends meet plus pay down your debts. Add collection agencies hounding you day and night and the situation becomes unbearable.

Despite all of this, there is some good news. You have options to get out from under that heavy load. One option that you may want to consider is debt settlement. What is it? How does it work? Will it work for you? This article breaks down those questions and more.

What Is Debt Settlement?

Debt settlement is a way of resolving your debt for less than you owe. When you enter into a debt settlement, your creditor agrees to lessen the principal amount you owe them in exchange for a lump-sum payment. The lump-sum payment usually ranges anywhere from 40 to 80 percent of your balance. 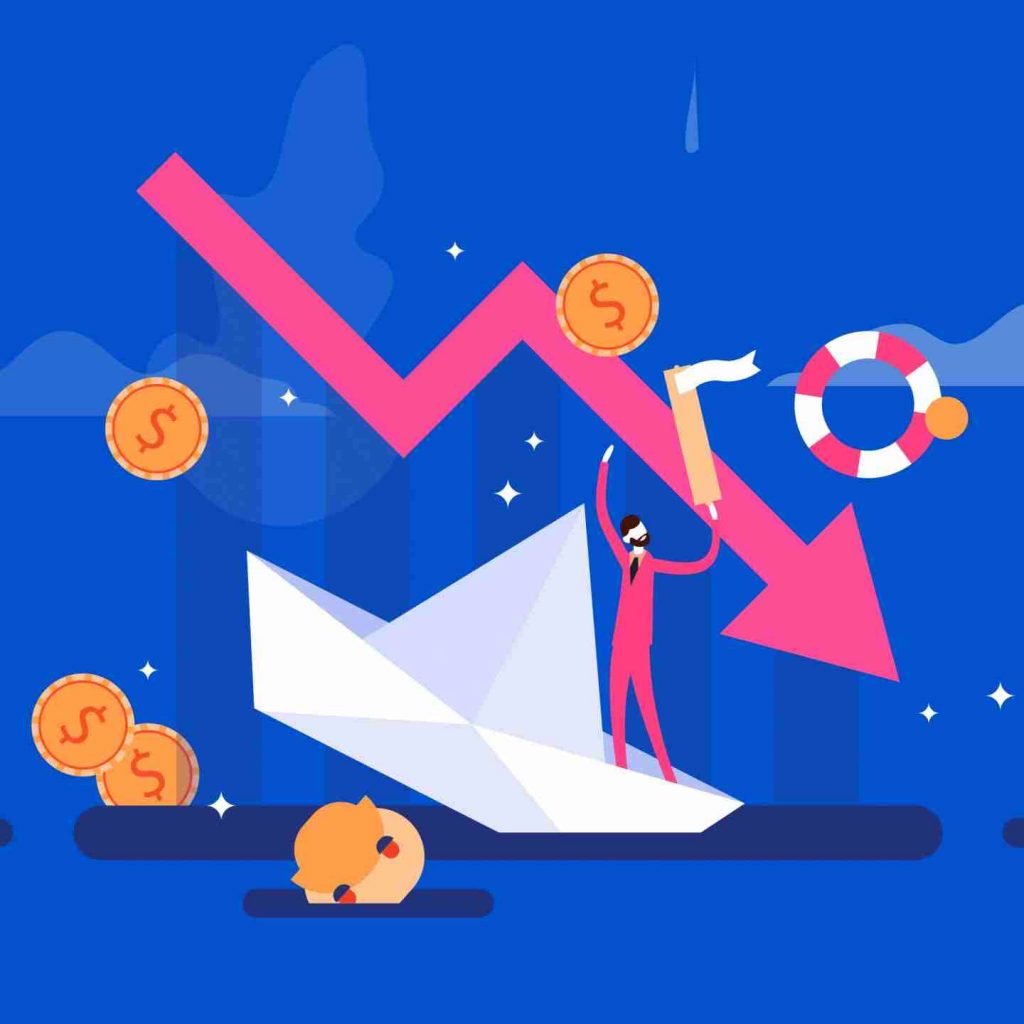 Oftentimes with debt settlement, you’re able to pay back your ending balance in monthly installments. If you’re working with a debt settlement company, they may create a repayment strategy that allows you to make monthly payments into an escrow-like account. Once enough money has accumulated, your lump sum will be paid.

Debt settlement can sound like a dream come true. You may finally be able to stop endlessly paying those credit card balances that never seem to go away.

Yes, it can work that way. However, it may not be the most beneficial situation. There are risks with debt settlement, and they can be pretty substantial. It’s important to understand how debt settlement works and the benefits and risks involved in the process.

Debt settlement can be a great thing in certain situations, but the opposite in others. Now that you know what debt settlement is, it’s time to get into how it works and what types of debts are compatible.

The debt settlement process can be initiated in one of several ways:

It’s important to note that not all types of debt work for debt settlement. In fact, it only works with unsecured debts, like credit cards. That means you cannot use it with secured debts – debts tied to a physical asset – like your home mortgage or your auto loans. Sadly, it doesn’t work with student loans in most cases, either.

FAST FACT: According to American Fair Credit Council’s Regan Report, debt settlement saves consumers an average of $2.64 for every $1 in fees paid.

The Pros and Cons of Debt Settlement

If you’re deciding whether or not to go down the route of debt settlement, it’s important to take a look at the pros and cons. Here’s a breakdown:

When to Consider Debt Settlement

Debt settlement may not be worth considering in many situations. In fact, there are only a few very specific instances where it might be a good choice. If you are only a little bit behind on your bills, say less than 60 days, it’s far better to work out a repayment arrangement than to settle your debt. With that being said, you might want to consider debt settlement in the following situations:

1. Your Debt Is in Collections

If your debt has been turned over to a collection agency, you may want to consider debt settlement if you can’t pay the full amount. However, it’s always better to pay your debt in full while it remains with the original creditor. Otherwise, your credit will take a hit from the initial default, and then another when that debt is settled, rather than paid in full.

2. Your Debt Has Been Validated

Debt collection agencies want to make you think you owe them money, but that isn’t always the case. If the debt doesn’t look familiar, send them a debt validation letter and force the agency to prove that you owe the debt. Once it is validated, you can consider asking for a settlement agreement. However, remember that you only have 30 days from the date of first contact with the collection agency to send your validation letter, or you lose that right.

3. The Creditor Will Delete the Negative Mark From Your Credit Report

Many people assume that paying off a debt, even with a settlement agreement, will take the negative mark off their credit report. That’s not usually the case, though, and it’s one reason to second guess settling in the first place. However, if you can negotiate an agreement that the creditor or collection agency will remove the negative item from your credit report, it’s definitely worth considering debt settlement.

All debt has a defined lifetime. After that point, you’re no longer legally obligated to pay it. If your debt is old, your creditors are much more likely to accept a debt settlement agreement (and are more willing to accept very low offers). Before you agree to pay an old debt, it may be a good idea to review this State-by-State Guide to the Statute of Limitations on Debt.

RELATED: Follow These 7 Steps Before Paying an Old Debt

5. You Want to Do It Yourself

There are quite a few debt settlement companies out there, but they are not all created equal. Some are certainly on the up and up, but others are just out to make a profit by any means necessary. If you’re considering the debt settlement route, think about doing it yourself to save money and protect yourself against predatory companies.

Now that you have a better understanding of when debt settlement can be beneficial, it’s time to discuss some of the most critical yet overlooked aspects of the process.

There Are Tax Considerations

Having even a small portion of your debt forgiven can seem like an immense blessing. However, Uncle Sam considers anything over $600 as taxable income. That means you are likely to pay taxes on the amount of money you didn’t have to pay. For instance, if you owed $10,000, but only paid $6,000, then you would owe income taxes on the $4,000 that you saved.

You Will See Changes to Your Credit Score

The relief of having your debt settled can make you overlook one of the most important implications – settled debt shows up on your credit report and lowers your score. Anytime you pay less than the full amount, the debt gets reported as “settled”, which is just one step up from “in default”. It will also stay on your credit report for up to seven years, further stalling your efforts to rebuild your credit.

However, you can get around that drawback by negotiating (or having your debt settlement company negotiate) an agreement to have your account marked “paid in full” rather than “settled”. Your creditors or the collection agency might not be willing to do this, but it’s always worth asking.

There Are Side Effects to Debt Settlement

When you work with a debt settlement company, the firm will likely urge you to stop making payments on the debts you’re trying to settle. Instead, you’ll start putting money into a central account to build up the lump sum you need to settle. There’s a problem with this scenario:

Debt settlement does not negate your legal responsibility to continue paying on your debt.

Despite the fact that the debt settlement company will likely not inform you about this, you are still obligated to make your payments. In fact, every payment that you miss is just one more negative mark on your credit. Each one probably increases your debt, too, thanks to interest charges and late fees. Each missed payment further tarnishes your credit score and taints your credit history. It will also follow you around for years – up to seven in most cases.

You Will Need to Make a Large Payment

Debt settlement relies on you making a lump sum payment to your creditor. On the surface, that sounds great. You get to settle your debt for less than you owe and be done with it.

Here’s the thing – how long will it take you to save up that money? Most people can’t afford to pay thousands of dollars at once in a lump sum, or they would probably not have gotten behind on payments in the first place. And remember, each month that passes adds more late fees and interest to your already crushing debt.

By this point, you probably see that your debt is rising, rather than decreasing. We’re not done adding to it yet, though. The debt settlement company you choose does not work free of charge. They charge fees, sometimes very high ones.

In fact, you could owe them as much as 25% of the amount you save. So, if you save $5,000, the settlement company could charge you $1,250. Some companies might charge at little as 15% of your savings, but that’s still a substantial amount, considering you’re not likely rolling in money.

Some Debt Settlement Companies Are Untrustworthy

Finally, we need to talk about the risk of working with debt settlement companies. We mentioned previously that there are unethical firms out there. They promise you the moon but actually end up putting you deeper into debt.

The best defense is to research any firm you’re thinking about hiring. The Better Business Bureau (BBB) and your state’s attorney general’s office are two invaluable resources for finding complaints that might indicate a company isn’t on the up and up. Knowing some of the red flags that indicate a potential scam can also help.

For instance, if the company claims it can settle any type of debt, that’s a good indicator that it cannot be trusted. If they claim they can settle your debt for pennies on the dollar, that’s another sign that you need to avoid them. If they ask for your banking information or credit card number, that’s also a good sign this company is actually a predator in disguise.

Ultimately, debt settlement can be a viable option to help you get out from under a crushing debt load. However, it is not a decision that should be made lightly. It has implications for your credit score and history, and even your tax bill.

If you do decide to go the debt settlement route, consider doing it yourself to save money and spare your credit. If you opt to hire a debt settlement company, do your research to make sure they’re a trustworthy company. With some research, time, and persistence, you will be able to see positive changes to your finances. 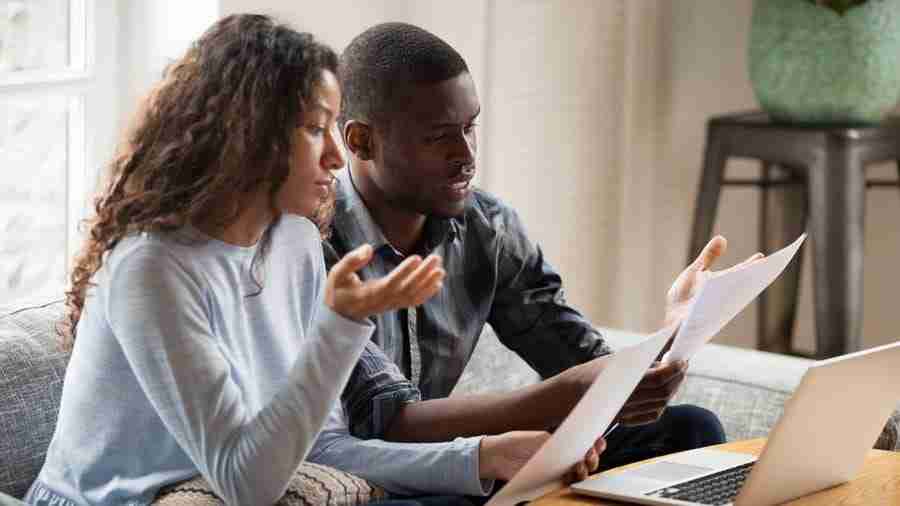